Date
Date Sent: 6/26/1952
Date Received: 9/20/1952
Author/Creator
Headquarters, Ryukyus Command; Lewis J King, Amst Adj General
Subjects
Resettlement Expenditures
Description
In the planning of the construction for new army installments, approximately 337 Okinawan tombs and 391 buildings were estimated to be cleared according to a document released by the Headquarters of the Ryukyus Command in June of 1952. This document specifically addressed Resettlement Expenditures and brought up questions on where funds were to be found to pay for land appropriation, and to defray expenses of owners and tenants in removing themselves from the land. According to this document, direct relief payments from Government Aid and Relief in Occupied Areas or “GARIOA funds” were being made to “alleviate hardship” and to “avoid a situation which could be exploited by anti-American political elements.” 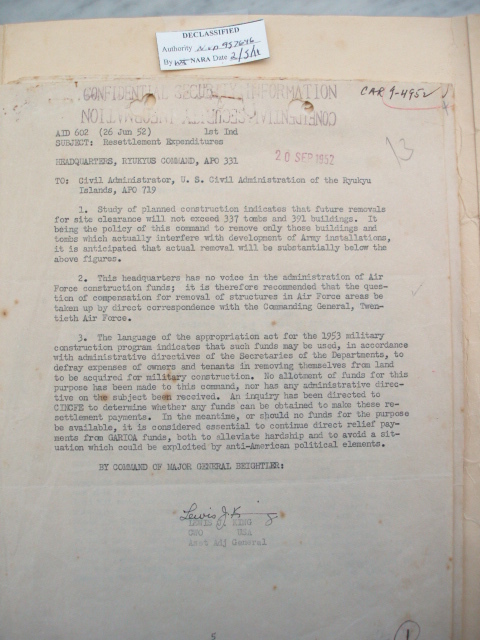 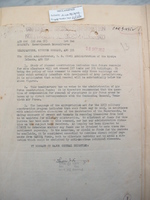