Date
1951-52
Author/Creator
Charles Eugene Gail
Recipient
Geri Gail
Description
These statues are ancient shiisa, the lion-dogs that are said to protect the home from evil spirit invaders. They come in pairs, one with its mouth shut and one with its mouth open. Although there are many interpretations for why this is such, the most commonly held belief is that the open-mouthed shiisa attacks evil spirits with their teeth, and the close-mouthed shiisa holds the good spirits in its mouth to bless the house. These shiisa do not look much like the shiisa of today, which are much more stylized and have become emblematic of Okinawa.

These shiisa were originally on top of the tombs of Tamaudun, where they protected the Royal Family's remains, but were blown off during the Battle of Okinawa. However, recently, they have been restored to their former glory. 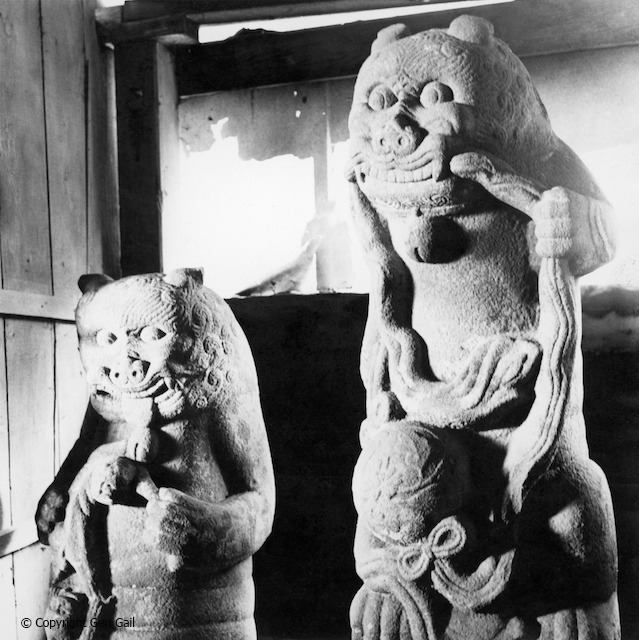 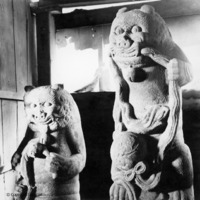